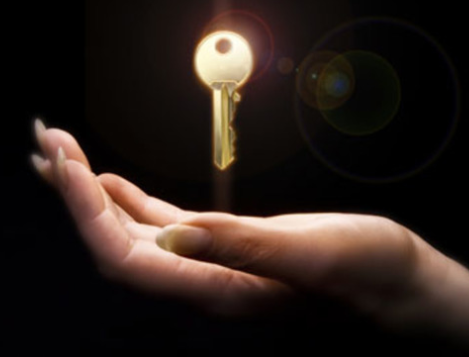 It’s only taken 41 years and 9 months, but the penny has finally dropped for me.

I have finally figured out the key to success.

The answer is: other people.

The success you realise in the future will heavily depend on the people you surround yourself with.  Agree or disagree?

I once heard someone say that there is a high probability that your salary is the average of the 5 people you spend the most time with.  Have a think for a moment who those five people are.  Are they high achievers like you?  Do they have the same drive and vigor as you?  Are they holding you back from realising your potential?

I have had three experiences over the past 12 months which have me convinced that other people are the key to my success in the future:

The growth and success of most businesses are reliant on the people driving those businesses forward.  Finding good staff is not easy, finding great staff is a common challenge for many business owners.  If people are the key, it reflects on how much the leaders of a business do (or most probably don’t) invest in developing their own leadership and management skills.  The problem often appears external (“I can’t find the right people”) but perhaps the problem is internal (insufficient skills or commitment to training and nurturing staff).  In reality, the answer is probably somewhere in between the two.

Taking on two new partners in the business

Adriano and Tom have recently been promoted to partners within the Melbourne office of Roskow which has given me (Matt) a massive boost in life.  If I hadn’t offered them the opportunity to become partners, they would have gone elsewhere; we all would have ultimately built successful independent financial advice firms separate from one another.

But that didn’t happen.  We’re in this together now and are on a mission now to grow the Melbourne office from a team of 9 to a team of 60 to 100 over the next two or more decades.  I couldn’t dream of achieving such success without them, or someone like them.  Some may argue that it can be done, but I’d argue it wouldn’t be anywhere as easy or fun (doing it alone).

The biggest challenge we have is finding the right people who will thrive in the environment we have created.

Engaging a Running Coach (and joining a running club)

I have written previously about the value that joining a running club has added to my life.  I set two running goals for 2018 and achieved the first of these (breaking 20 minutes for a 5km time trial) earlier this month.

I couldn’t have done it if Jodie and Bec hadn’t been trying to achieve the same goal.  I set the pace for the first four laps, but on the fifth Jodie passed me and said: “Too slow Matt, we’re falling behind”.  Jodie set the pace for a few laps, then I took over after a few more laps to give her a break.  Jodie dropped off the pace (probably shouldn’t have pushed the pace – I owe her one!), then with 700 meters to go, Bec came up on my shoulder and together we pushed each other for the remaining two laps and get under 20 minutes (with ten or so seconds to spare!)

It was a great feeling to achieve the goal and I couldn’t have done it without Jodie or Bec or Supercoach JB who has been mentoring, supporting and coaching us each and every week.

I pay Supercoach JB a coaching fee each month on top of my monthly gym membership and the value isn’t limited to my split times per kilometre.  The confidence that I am gaining at running is making me more successful at work, exponentially.

I was jogging home from a 6am running session the other day and had the thought that anyone that has a gym membership isn’t getting the full value out of that membership unless you have a a personal trainer who can show you how to get the most out of it.  I’m almost convinced this is true.  I challenge everyone who reads this blog who has a gym membership to spend (invest) up to $1,000 into a personal trainer or coach and then reflect on the value of this spend.  It could sky rocket you to the stars.  Give it a go.  Get the right people around you and realise your potential.

← Ego is the enemy
Time to get comfortable with being uncomfortable →