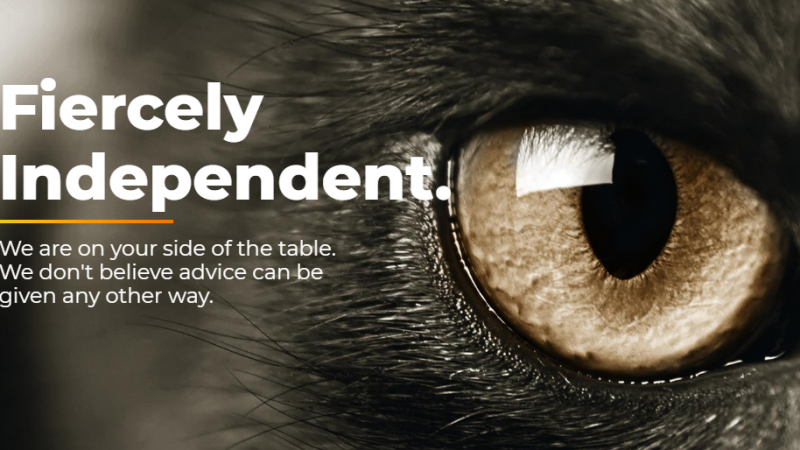 Yesterday, you made a big mistake in this news article about Sam Henderson.

You refer to him as an independent financial planner.  He is not independent.  He has never been.

It’s an honest mistake.  It’s a real mistake.  But is it really a big mistake?

It is.  People believe what you write James.

Many Aussie Mums and Dads who have been the victims of bad financial advice thought they were dealing with someone who was independent (but obviously wasn’t).

The understanding of what is and isn’t independent is still a mystery to so many Australians.

So James, we need your help.  Can you please set the record straight?  Can you help us clear up the confusion around what is and isn’t independent financial advice?

Here is a link to his Financial Services Guide (HM_Financial-Services-Guide_FINAL_SP).  As you will read on page 6 “upfront commissions are paid to Henderson Maxwell for personal insurance products”.  Independent financial planners are not allowed to take commissions.

In your article, you state that Sam funnelled clients into an investment platform he owned a small interest in.  Independent financial planners are not allowed to be aligned with a product provider.

Two clear reasons why Sam isn’t independent.  Possibly two reasons that until now you may not be aware of prevents a financial planner from calling himself or herself independent.

Two reasons that many Australians still aren’t aware of.

So what does it take to be independent?

By law, independence is defined in s293A of the Corporations Act which states exactly what I said above.  Independent advisers cannot take commissions on insurance or investments and cannot be aligned to or have any ownership links to a product provider.

Charging a client asset based fees whilst forbidden for members of the Independent Financial Advisers Association of Australia (IFAAA) are not banned under the legislation above which was confirmed by the ASIC last year.

If you take the time to experience truly independent advice you will notice that the entire flavour of the conversation changes.

The true value of independent financial advice is understanding your options and having your adviser help you make a decision as to which of those options is right for you.

Not what is right for everyone.  It’s all about customizing it to you.

Australians need to be wary of self-proclaimed experts.  There are advisers who specialise in Self-Managed Super Funds (SMSF) and call themselves “SMSF experts”.  When your only tool is a hammer, everything starts looking like a nail, so is it surprising that most of the clients of these “experts” get recommended SMSF’s?

Ask a stockbroker what you should invest into and chances are he’ll say shares; a property adviser will probably recommend property.  These advisers play an important role in the lives of many Australians but they aren’t there to provide independent financial advice.

An independent financial adviser is paid the same amount of money no matter which option makes sense for you; so their prime focus is doing what is right for you.  Advice cannot be given any other way.  We’ve practiced this for over a decade now and here’s an out of date video of us making this very point five years ago.

It’s still a mystery what will come of the Royal Commission.  In my mind it’s simple.  All product providers should be forbidden from having financial advisers.  All financial advisers must be independent.  But that’s me.  I’m the loony tune.  The arrogant, outspoken prick in the eyes of many financial advisers who believes he’s better than everyone else.

But it’s never been about me.  It’s about how financial advice should be delivered, not just who should deliver it.  Advice is a precious commodity which has been abused since the life insurance industry hijacked it back in the 80’s.

I’ve taken a step back over the past few years to focus on my family and clients rather than fight this war on advice.  But your article James obviously hit a nerve with me.

Australians need to know that there is hope.  There is a way that can be trusted, not just people.

We need your help and at the very minimum James, we need you to correct the mistake you made yesterday.  Please?